Microsoft Corp Sept. 29, 2008 provided the first look at the next version of its developer tools and platform, which will be named Visual Studio 2010 and the .NET Framework 4.0.

Sep 29 2008 announcement included an in-depth look at how Visual Studio Team System (VSTS) 2010 (code-named “Rosario”) will help democratize ALM with a unique solution that brings all the members of a development organization into the application development life cycle, and removes many of the existing barriers to integration.

“With Visual Studio 2010 and the .NET Framework 4.0, we are focused on the core pillars of developer experience, support for the latest platforms spanning client, server, services and devices, targeted experiences for specific application types, and core architecture improvements,” said S. “Soma” Somasegar, senior vice president of the Developer Division at Microsoft. “These pillars are designed specifically to meet the needs of developers, the teams that drive the application life cycle from idea to delivery, and the customers that demand the highest quality applications across multiple platforms. You can expect to hear a lot more about Visual Studio 2010 and the .NET Framework 4.0 in the coming months.” 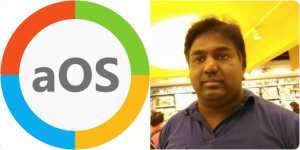